Using an Annotated Bibliography for the Research Presentation 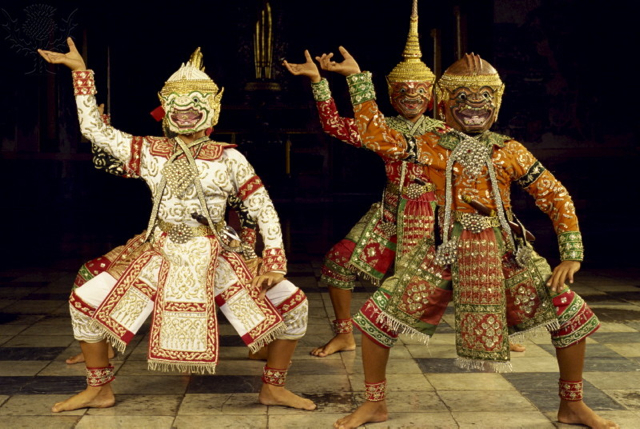 This page has information on using an annotated bibliography for your IB Theatre Research Presentation:

For other resources, see:

What Is an Annotated Bibliography?

What is an Annotated Bibliography? from Kimbel Library on Vimeo.

Why Use an Annotated Bibliography?

An author uses an annotated bibliography to show that they have understood the sources cited in the paper, and to give enough information for the reader to decide whether or not to read a specific work listed.

The authors, researchers at the Rand Corporation and Brown University, use data from the National Longitudinal Surveys of Young Women and Young Men to test their hypothesis that nonfamily living by young adults alters their attitudes, values, plans, and expectations, moving them away from their belief in traditional sex roles. They find their hypothesis strongly supported in young females, while the effects were fewer in studies of young males. Increasing the time away from parents before marrying increased individualism, self-sufficiency, and changes in attitudes about families. In contrast, an earlier study by Williams cited below shows no significant gender differences in sex role attitudes as a result of non-family living.

What Should the Annotation Include?

This video tutorial from Champlain College Library explains what an annotated bibliography is and what each annotation should include.  The short paragraphs describing each source on the list should summarize the source, evaluate it, and discuss how it would fit into your topic.

How Do I Write an Annotation?

The Cornell University Library has defined an annotated bibliography as: a list of citations to books, articles, and documents. Each citation is followed by a brief (usually about 150 words) descriptive and evaluative paragraph. This means you are creating a paragraph that others may read to get a general idea of what your sources are about. The hardest part is being concise with your information. Annotations take practice but once you get the hang of it they are easy. Here are the steps to follow:

Step 2: Explain what the article is about. (1-3 sentences)
Tell the audience what is in the article. This is the most difficult part of the annotation because it requires you to be very succinct. Don’t rewrite the article; just write the base facts and important notes about the article here.

Step 3: Explain how this article illuminates your bibliography topic. (1-2 sentences)
What about this article makes it relevant to your topic? Why did you select it? What pertinent bit of information makes this article stand out among the others?

Step 4: Compare or contrast this work with another you have cited. (1-2 sentences)
How does this specific article relate to another article in your annotated bibliography? Do they agree or not? Why not? What makes them unique?